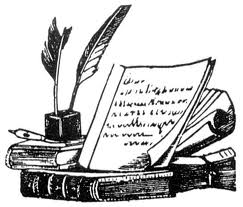 Building a world in a paranormal or fantasy genre can give your imagination compete freedom to make up all your rules. Now, taking a historical and weaving your paranormal world within an existing world is much more tricky. First off, you have to know the world your working in. What does this mean for the writer?

Lots and lots of research. In my latest series, I've taken history and blended my paranormal world within it, twining the two into as plausible environment for my characters to grow in and the stories to flow. In my first book, Soul Fire I've created my world in 12th century Brittan where my shape shifting dragons live hidden in plain sight among humans. The many myths and legends of dragons which flourished in this era have made my world plausible in such a way where it works. But how do you make a story plausible when dealing with shape shifting dragons? This is where all the nuts and bolts I learned through many workshops on craft come in. The Goal, Motivation, and Climax (GMC) are the building blocks for any good story. Along with well thought out layered characters I can now blend historical fact around my paranormal premise. Here is an example of setting the mood of the story within the parameters of factual history. I've chosen a snippet from Soul Fire which I hope demonstrates my point.


The sun sank beneath a restless sea casting the heavens in a glowing nebulous of red orange and gold. Dark shadows swallowed the thick forest leading to the sheer cliffs plunging into the sea. Draghar Keep rose up to touch the jagged outcroppings of rock, reaching to the heavens like the arm of some ancient Titan. Built into the side of the mountain, the Keep boasted high, arched fenestra windows overlooking a small fishing village at the base of the great mountain. Torches flared to life looking, weaving, and darting like an army fireflies in the gloaming.


An undercurrent of excitement carried in the air, anticipation for the night’s festivities. The sound of a bodhran beat out a lively rhythm while the sweet undertones of a lute carried the melody. The music, slow and sensual stirred the blood with thoughts of the upcoming communion between the goddess Flora, the May Queen and the God Jack-of-the-Green.

Just as important I found is the language of the times. You characters must be believable in that they live within the era depicted. Nothing yanks me out of a book faster than having the characters speak in twenty-first century terms when they are in a different era. Of course if the book is about time travel then I expect it. Unfortunately, this is not always the case. That being said I've seen the other hold true where you can't grasp what the heck they are talking about without a dictionary by you side. Here is an example from Soul Fire where I blend the two to make it believable.

“’Tis not right! The gods are displeased, I tell you,” the aged woman muttered, her gnarled hands worrying the fabric of her rough wool apron.
“Still your tongue, old woman!” Egan admonished gently, taking her arm in a firm grip and led her down the stone hallway toward the servant’s quarters. “Now, get you to bed while I attend to Lord Crispin.”
“Aye, I will be going Egan Thorne,” the woman grumbled, narrowing her rheumy stare on him. She thrust one boney finger into his face. “Best mark my words, all is not well with our king, and his downfall will be the end of us all.”

In Firestorm the majority of the story is set in ancient Pompeii, I can't very well have them spouting off Latin or no one could understand a word they read. So I tweaked things a bit where the language would blend within my world.

The history of the time was fascinating and it didn't take long for the story to fill out once the research was done. With so much offered about that time period I found a rich bounty of material to pull from. Again I set the scene of ancient Pompeii as seen through the eyes of the heroine.


Sabine ignored the stares and whispers as she filled her third plain clay pot from the communal fountain and handed them to the two young men standing anxiously awaiting her. They moved away quickly, carrying their precious cargo, back to their Dominus residence. The sun lightened the night sky, dimming the shinning brilliance of the stars in the heavens before vanishing all together, the day promised to be another hot one. Not even the air stirred. No offer of cool breezes from the nearby sea to refresh and ease the steady swelter of a relentless sun. Only the thick odor of sweat and heavy perfumed oils filled her nose, making it tickle uncomfortably. With the back of her hand she wiped the moisture beading on her forehead and took a moment to just watch the fiery disc rise over the mountains chasing the shadows of night back for another day.
The whispers around her intensified as she tried to ignore the other women. It mattered little to them that she was, like them, nothing but a slave. What mattered was the way she appeared garbed in strange clothing with no memory of anything save her name. They called her barbarian, from some tribe from Britannia, and certainly not to be trusted.

I've enjoyed writing both of these stories, and have quite a few more being worked out for this series. What I think I enjoy most about it is the way the premise of these books allows me the freedom to go anywhere I wish in history. Soul Fire was set in the thirteenth century, Firestorm in Pompeii, while the next book is in Elizabethan England. I also have a small trilogy within the series which will include heroines from our time. I hope you join me on my journey and enjoy reading these books as much as I did writing them. Both Soul Fire and Firestorm will release this summer and will be available in both paperback and eBook form.
As I put the finishing touches on Firestorm I feel like a parent watching their child go out among the world for the first time. Fearful and excited and looking forward to continuing this amazing journey I'm on, where I can blend historical events and times with a paranormal theme.
Posted by Rene Broux at 12:00 AM