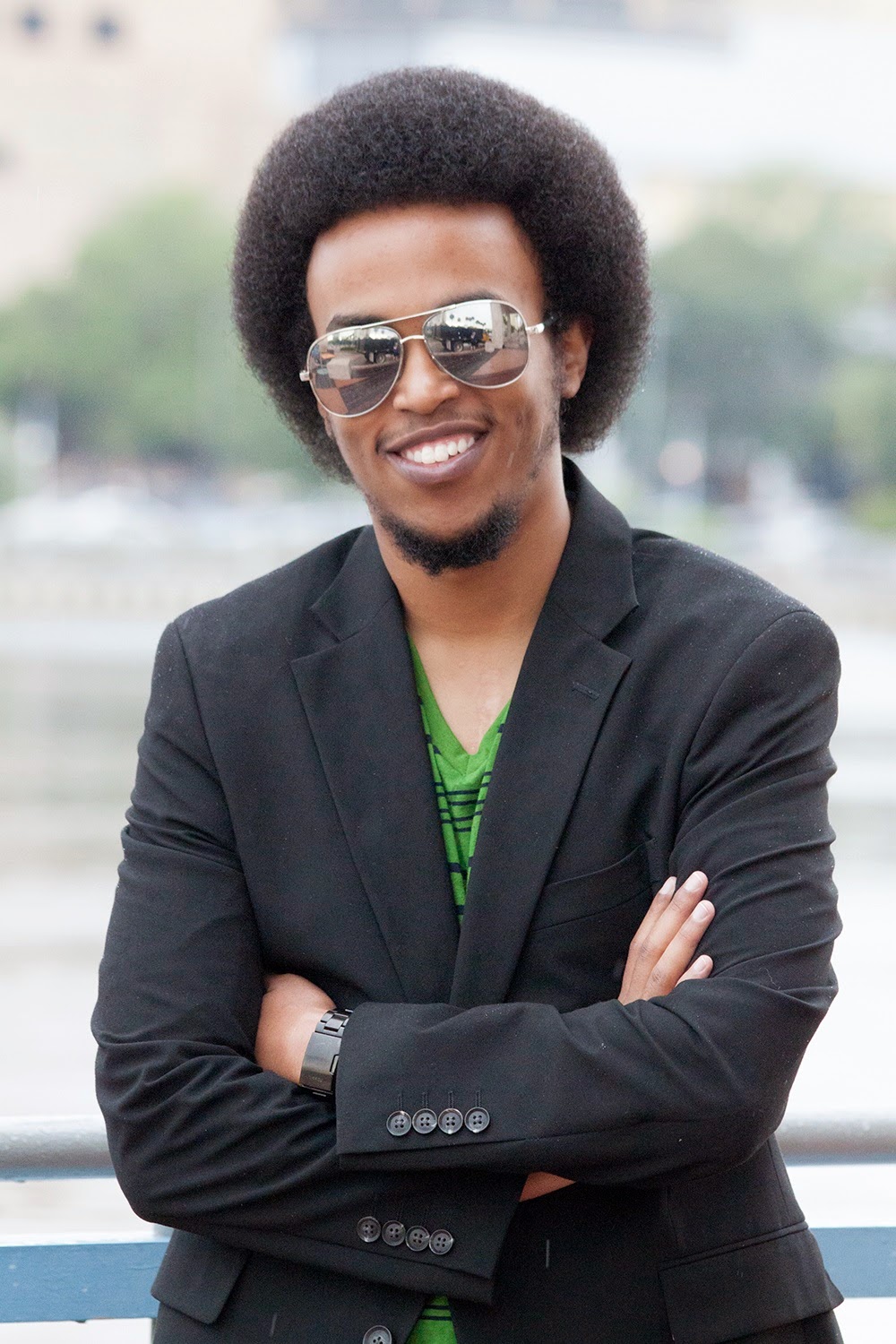 Here is a special treat for you all. I haven't been available for a while for an author spotlight, but there are those who shine and you make the time. This author is one you make time for. So grab your coffee and get yourself settled in while we meet Mister Jmi and his latest book release, The Glory.
Do you do anything to get you into the zone to write?
Yeah definitely. I put together a couple hours worth of songs into a playlist aptly titled, "The Zone" and those songs just kinda calm me down and clear my mind. That and I also make a cup of homemade hot chocolate.  It's kind of a ritual of going to the same process and listening to the same songs that trigger my brain to know it's time to focus and get to work. The only problem with it is now I can never listen to a particular song without wanting to make hot chocolate. (laughs)
Which authors inspire your writing?
There wasn't really an author that inspired me to pick up the pen. I've known I wanted to be a writer since I was 12 years old. So I've been building and sharpening my abilities since then.
What is your favorite book, character and why?
You know, I don't ever tell anybody what my favorite book is. It says too much about me. (laughs). Sorry, folks.
Do you prefer to write erotic or sweet?
Uhhh...neither. I write sci-fi books populated with multiple alien races and I don't think the world is ready for that just yet.
Which famous person, living or dead,  are you drawn to?
I'm sure a lot of people would say William Shakespeare or Leonardo Da Vinci but I'm definitely going to have to say Muhammad Ali. He was amazingly physically and athletically gifted, intelligent, wise and overwhelmingly charismatic. What else do you want in a person? Ali probably was that great of a painter or a writer but he could definitely kick The Bard and Da vinci's ass with ease.
Where do you see yourself in five years?
Filthy rich and famous. (laughs) I mean, that's the dream right? Um, besides that I see myself in the same place that I am now, giving everything I have to create a fantastic story that people will love and appreciate for years to come.
Finish this sentence: I know I’ve made it when_______________?
I'll know that I've made it when people get into arguments on the internet over my book. That...that is true success, ladies and gentleman. (Laughs)
What advice would you give aspiring writers?
Believe in and cultivate your own voice. Don't feel the need to write in the style of those that came before you or those you look up to. Develop and champion your own style.
What do you see yourself writing in the future?
One of the thirty-thousand stories that I have stuck in time. My fingers just can't move fast enough. It's sort of depressing.
If you could have one superpower what would it be and why?
Is time travel a super power? Because, I would love to back in time and just watch all the major and minor historical events take place. I wouldn't intervene but sit off in the distance and watch the pyramids be built.
If time travel isn't a super power then I choose the ability to fly. Because well....flying.
What time of the day are you at your best to write?
Deep in the jaws of the night. The world has stopped ,the distracts are gone, your mind is more active at night and there is nothing to watch on tv. (laughs)
And now for something completely different…
What do you look at first with an attractive man or woman, face, body or smile?
.....Her...personality? Yup that's what I'm going to go with. (laughs) Her personality. Her nice, round, firm, shapely personality.
Explain your perfect day.
I don't believe in the concept of a perfect day. That idea was dead to me when I came to grips with the fact that I'll never be able to ride into battle on the back of a T-Rex in defense of my kingdom.
What is the most decadent desert you can’t say no to?
Come on now, it's chocolate. I don't even care what form it is in, I want it. I doesn't have to be good chocolate or even real chocolate. As long as it reminds me of chocolate, I'll take two.
Do you have a favorite holiday what is it and what makes it special to you?
At the risk of sounding narcissistic (which I am) I'm going to say my birthday.  Why? I feel like the day I was born is pretty special date.
What key words describe you best?
There is no way to answer this question without sounding like a self-absorbed, pompous, prick so...pass. Describing yourself is kind of like giving yourself your own nickname. It's obviously going to self serving to your ego in someway.
Now here is a bit about his release The Glory. 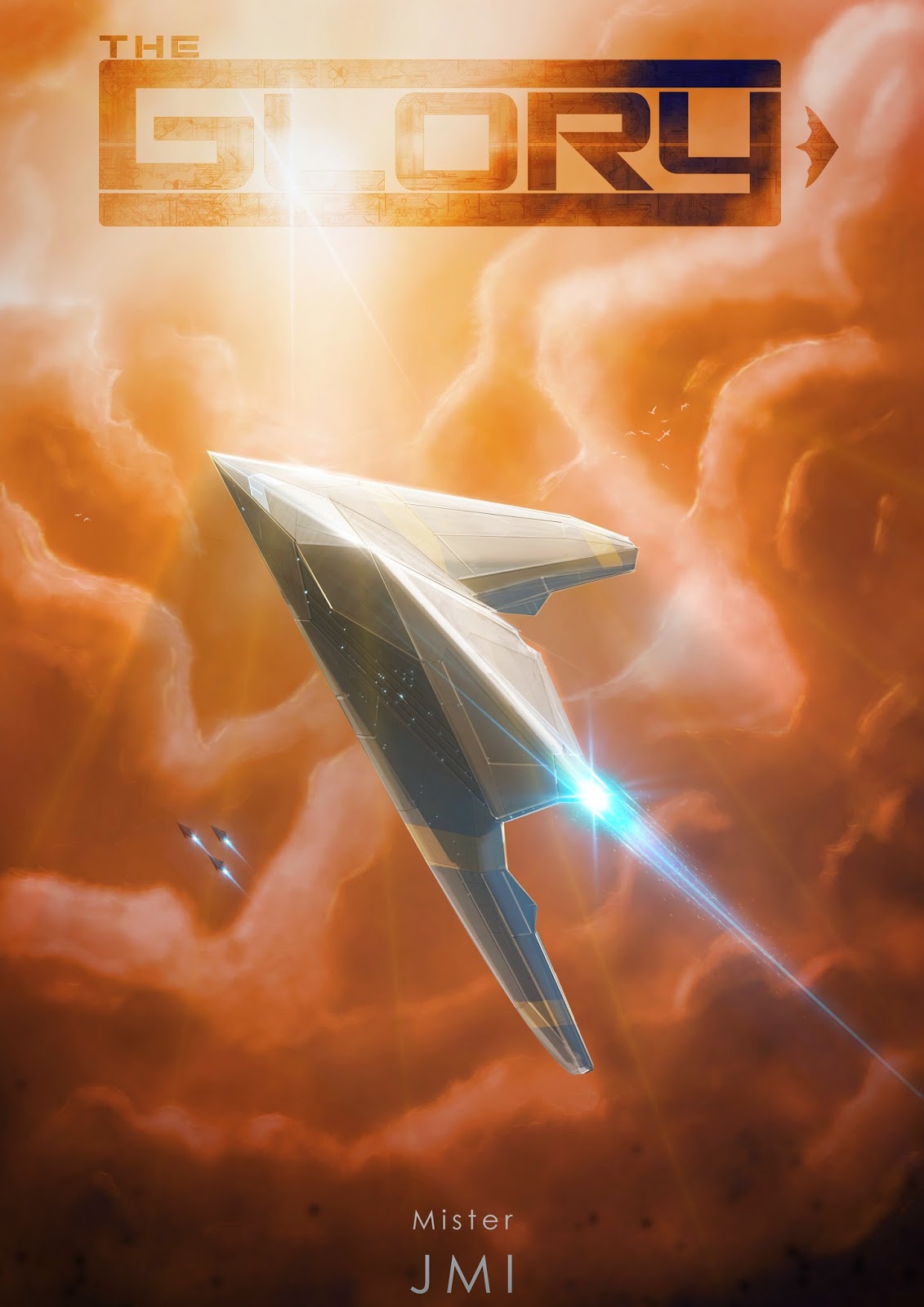 The first in a new series, The Glory is a fun, funny and exciting character-driven sci-fi adventure that follows Adam Whitlock, a young, brilliant, fiercely determined boy who gives up everything to join the United States Space Force in hopes of becoming captain of the fabled and prestigious warship, The Glory.

On his rise to the top, Whitlock gains a great friend and ally in Nathaniel Oaks, as well as a bitter rival in Omar Baptist. Despite his extraordinary talent and dedication, Adam Whitlock’s path is riddled with opposition from naysayers and nonbelievers.

Meanwhile, Admiral Douglas C. Calhoun is tasked with quelling the rising tensions between mankind and the Kelzmisians, a group of alien races, as their long-standing Cold War is about to turn hot.