Books Worth You Bucks- Snow Leopard's Tale by Nara Malone 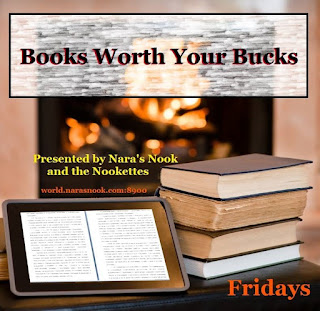 Welcome to the first Friday of Books Worth Your Bucks. This is an ongoing blog with fellow authors who wish to introduce Indy or small pub authors to other readers. Each Friday we will spotlight an authors book, give buy links along with the links to the other authors participating who have a book for you to look at as well.

I belong to a virtual writing colony known as OpenSim. Nara Malone, Siobhan Muir and I have always wanted to bring more attention to the Indie authors. With so many books out there now it's hard to figure out what is a good, well written book...or not. With this in mind, we the Nookettes of the Virtual writing colony of Nara's Nook have come up with this blog. My first offering is none other than Nara's Nook herself, Nara Malone.

Nara is an award winning novelist and poet. As a freelance journalist and writer her feature profiles on women entrepreneurs and her romantic short stories have been published in newspapers, magazines, and digital publications.

Nara lives on a small farm in the shadow of the Blue Ridge Mountains. When she's not writing, she loves to run, hike, bike, and kayak. Every story she tells incorporates her love of animals, nature, and adventure.

Snow Leopard's Tale is the second in the Pantherian Tales. Her first book, Tigers Tale won the Stroke of Midnight award for best paranormal romance. Her books can be read as a stand alone or in order. 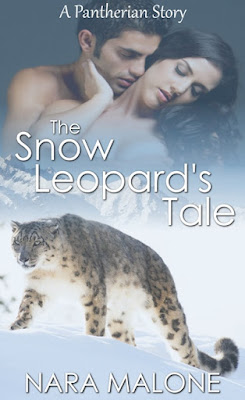 Marcus is anything but an ordinary Joe. Even if humans can't perceive that he's a shifter and millennial being, he's the sort of man women notice. A night of passion laced with Marcus's sex magick is a night any female, human or Pantherian, won't forget.

I quite frankly couldn't put this book down! She paints scenes rich with color, scents and emotions. Engaging all your senses. Nara has taken a little known disorder and brought it to light in such an engaging way, you want to google more on the subject of face blindness and wonder how many you may have met which this disorder.

The love story between Marcus and Allie is deep, satisfying and erotic as hell! Marcus is determined to help animals who have the misfortune to end up as experimental lab subjects, medically altered to be more than animal. Inseminated with fertilized eggs and forced to give birth to a new thinking and reasoning breed of animal. Marcus, in search to cure the wasting disease of all Pantherian females, believes the means of saving them from extinction lies in these animals.
Allie, just wants to be left alone, routine is the constant she lives by. Blending in her goal. Running from a life raised on the wrong side of the law, all she wants is to be a regular law abiding citizen.

Allie has a secret that not even she is aware of, and when it bursts forth it will change her forever.

To check out the other two book offering please go to the following blogs:
http://www.naramalone.com/p/about.html
http://www.siobhanmuir.com/siobhans-blog

Don't forget to check out my next edition of Pick Me Up Monday. Have an awesome weekend Peeps.

Back after a long hiatus

I am back and getting healthier since my diagnosis with Stiff-person syndrome. I do apologize to all when I just dissapeared. Yet, with trying to get my health under control it has been a battle that has lasted since May of last year.

Most haven't ever heard of SPS or stiff-person syndrome. I didn't and if not for a TIA episode I had last May, I would never have known I had it. I just thought my feet and hands cramping. Still not clear on what it is? Here is the best description I found.

Stiff-person syndrome (SPS) is a rare neurological disorder with features of an autoimmune disease.  SPS is characterized by fluctuating muscle rigidity in the trunk and limbs and a heightened sensitivity to stimuli such as noise, touch, and emotional distress, which can set off muscle spasms.  Abnormal postures, often hunched over and stiffened, are characteristic of the disorder.  People with SPS can be too disabled to walk or move, or they are afraid to leave the house because street noises, such as the sound of a horn, can trigger spasms and falls.  SPS affects twice as many women as men.   It is frequently associated with other autoimmune diseases such as diabetes, thyroiditis, vitiligo, and pernicious anemia.  Scientists don’t yet understand what causes SPS, but research indicates that it is the result of an autoimmune response gone awry in the brain and spinal cord.  The disorder is often misdiagnosed as Parkinson’s disease, multiple sclerosis, fibromyalgia, psychosomatic illness, or anxiety and phobia.  A definitive diagnosis can be made with a blood test that measures the level of glutamic acid decarboxylase (GAD) antibodies in the blood.  People with SPS have elevated levels of GAD, an antibody that works against an enzyme involved in the synthesis of an important neurotransmitter in the brain.

​Lots of medical terminology to just say you get cramps, your limbs, or in my case fingers and toes contort and lasts for hours. Although, with mega doses of vitamin D and the muscle relaxer Baclofen, you can manage it. So far so good. It's taken time, but my focus is back, I'm not scattered and haven't had a cramp in weeks.

I'm on the road to being healthier and am celebrating with a re-release of a novella in September called The Hunted. I will be having a cover reveal planned in August and a giveaway as well.

Pick Me Up Mondays will be returning along with a few other things I will let you know about soon.
Posted by Rene Broux at 5:00 AM 0 comments