Welcome to my Blog Laurel, I'm sure everyone would like to know a little about you. I'm so happy you could join me with such delicious offerings. These are very, hot books! Just what I and a lot of my readers love.


Laurel is a romance author, who like most writers loves to read. Her first love (pun intended) has always been romance. From the sappy YA romance novel to the more risqué erotica novels, Laurel is a sucker for a good love story.


Laurel writes paranormal and contemporary romance and is a self-proclaimed, out of the closet nerd. She admits that she can't seem to avoid adding a bit of "nerdology" or "geek-dom" to all of her books. Living in Miami, she also admits that she can't seem to avoid giving her heroines gorgeous shoes, "In Miami, we worship everything strappy, open toed and just plain hot!"

You can find out more about Laurel and her books at the links below.

Now, here is all the good stuff on her first release, Midnight Mistltoe 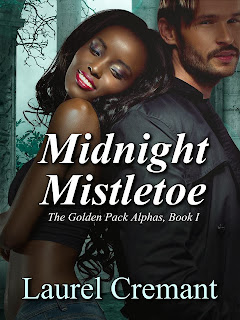 All were-hybrid, Georgia Walker wants for Christmas is to spend some time away from her pack and in particular, away from one increasingly dangerous enforcer turned Beta. She has every intention of spending her days basking in the warm Caribbean sun and indulging in an island fling, or two. Anything to forget the way a certain were made her pulse race and skin tingle.

Marcus Legrand has only one goal this holiday season, bring Georgia home and finally claim her for his own. Convincing the strong willed ice princess will take all of his skill and patience, but Marcus is no stranger to hunting prey. He has every intention of putting both his rank and heart on the line.
EXCERPT:
Taking a deep breath, she reached her arms overhead, arched her back and inhaled the balmy salted air.
She could almost hear her muscles sigh, but despite the relaxation attempting to spread through her limbs, her body tingled with a tension she knew settled too deep.
Her heat cycle was starting, and there was nothing she could do to relieve the discomfort.
Well almost nothing.
Dropping her hands back down to her sides, she swept her gaze across the small beach. It wasn’t crowded but had a fair number of sunbathers and Zen cravers. And most importantly it had men looking for the same thing she was—a little fun, forgetfulness and zero strings.
Although heat pooled to her center, her stomach rolled in apprehension.
In the past she’d had no problems with finding a willing male to sleep with when she was in heat. She enjoyed sex, and although each year her parents hoped she would chose a permanent mate, no man in or outside of her pack inspired much feeling or devotion. At least not enough for her to be shackled to for life.
But last year, because of The-Wolf-Who-Shall-Not-Be-Named, no one appealed to her.
Instead of rolling around for several hours with a well-endowed chosen playmate, she’d remained locked in her home for days with her vibrator and a healthy supply of batteries.
She had no intentions of repeating the experience. This week, she planned on proving to both her body and wolf, that Marcus wasn’t the only man capable of making her hot.
Her gaze combed the area, looking for a good candidate.
One particular man caught her eye.
He’d been swimming for the last hour, his caramel arms cutting through the water in languid strokes. But now he rose out of the surf resembling a naughty sea nymph, his strong legs leading up to deep blue board shorts. Dry, she guessed the swimming trunks were perfectly modest—but wet they molded to his thick muscled thighs and cupped his cock in a way that left very little to the imagination. And since Georgia’s imagination was better than the average wolf’s she bit back a groan and clenched her thighs tight.
Yum.
Pushing her sunglasses up to her hair, she licked her lips as her gaze traced the diamond bright droplets of water running down his hard chest. They sluiced down his body, aided by the tight ridges of muscles along his abdomen, tunneling down to what looked like one hell of a stocking stuffer.
Merry Christmas to me.
Yes, an island getaway was proving to be the perfect holiday treat.
Her gaze meandered back up his chest and after making a brief note of thick smooth lips and tempting dimples, she made eye contact with her merman come to life.
His eyes gleamed with interest and her lips turned up in her best come-hither smile. He took a step forward and then froze, his gaze focusing on something just over her left shoulder. Shaking his head he turned and continued walking down the beach.
What the hell!
She frowned at his retreating back. Admittedly she was no super model but, she’d never had a problem with luring men her way.
A long shadow fell over her and it was her turn to freeze. Despite blocking out the sun, a heated scorch rippled down her body as the approaching shadow crept down her body. Her nipples pebbled to thick points, her pussy clenched and a slow growl worked its way up her throat.
Only one thing made her body react this way and she’d deliberately left it back in Golden Valley.
“Hello Gigi. Miss me?”
BUY LINKS:
Amazon (US): www.amazon.com/Midnight-Mistletoe-Paranormal-Romance-Golden-ebook/dp/B00HGG3ZO4
Amazon (UK): www.amazon.co.uk/Midnight-Mistletoe-Paranormal-Romance-Golden-ebook/dp/B00HGG3ZO4
Amazon (CA): www.amazon.ca/Midnight-Mistletoe-Paranormal-Romance-Golden-ebook/dp/B00HGG3ZO4 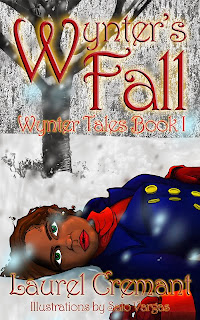 Melania Wynter has a big problem, the man of her actual dreams is becoming all too real. Determined to gain back some control over her life, she hopes that a a little vacation will be enough for her psyche to stop comparing her real life to the vivid dreams she's had since childhood. But one patch of ice, a solid pine tree and a nasty bump on the head derail her plans.

Daiomone, Keeper of Dreams has always been drawn to Melania. He's bided his time, waiting for her to cross-over to his realm, but manipulative God's have interfered in unexpected ways. With a helping hand from fate, he must go to Melania and keep her safe.

Together they must navigate the wilderness and survive both the cold and trouble-making Gods.
EXCERPT:
“Melania, you need to snap out of it.”
She tensed as Daimone’s voice filled her head again. Reaching up, she touched the throbbing knot on her head and moaned.
It was official. She’d finally gone off the deep end. “This is so not happening.”
His deep chuckle resonated through her mind. “Ignoring me won’t make me go away.”
She huddled tighter against her drawn up legs.
“Trust me. I know,” she mumbled.
He was a major contributing factor in her need for rest and relaxation. Her trip had been a last ditch effort before she threw in the proverbial towel and saw a therapist regarding her little problem.
However, now thanks to a stupid patch of ice, her brain was scrambled and her dream man on the loose. Somewhere on WebMD, there must be a section dedicated to her current condition. It would be a perfectly descriptive affliction that fit her every symptom to a “T”.
Ohshititis—hallucinations and hysteria brought on by extreme situations and chronic bad luck.
“You need to get moving, love.”
Why not just go with it? Considering her circumstances, she was, after all, due for a little hysteria.
“Well, excuse me if I want to take a moment to recover from a death-defying event here.”
“The storm is coming closer, love. You have to get moving.”
Lifting her head, she peered up into the thick veil of snow falling all around her. She blinked rapidly as a flurry of snowflakes drifted down on her face with, she was sure, a type of maniacal glee.
“The clock is ticking, Princess.”
“First of all, you are so not the boss of me. You’re not even real. You’re just a figment of my imagination.”
“We really don’t have time to discuss this right now.”
“Wait, I’m still unconscious, aren’t I?”
She glanced back at her car, partially expecting to see a specter of herself slumped over the wheel.
His long sigh drifted through her mind. She could almost feel his breath tickle the nape of her neck.
“Why do you always have to be so stubborn?” he responded.
She scrunched her brow at his words, refusing to be badgered by a figment of her imagination. Considering the state of things, her choices were either unconsciousness, insanity, or worse yet, admitting that she was well and truly screwed.
She opted for unconsciousness.
It must be the only thing that explained the presence of Daimone’s voice in her head. For as long as she could remember, she’d dreamed of him. He’d appeared in her dreams even as a child. In the beginning, he was a child just as she’d been. But as the years passed, he’d aged along with her.
Sometimes, months would pass between his visits, but even when she dreamed of other people and things, she’d felt him watching her in the corner of her mind. He’d been her secret companion, her solace for years.
Her cheeks heated as she thought of how he’d also become other things to her. It began the night she’d returned from her family’s summer vacation at the beach. She’d only been fifteen at the time and missed frolicking in the sun with friends. That night, she’d dreamed of lying on the beach soaking in the sun.
Daimone had appeared and sat down next to her, nudging her playfully in the ribs. She’d opened her eyes, and for the first time, noticed the breadth of his shoulders, his strong jaw, and twinkling blue eyes.
A flash of heat had raced across her flesh as sunlight had kissed his golden skin. For the first time, she felt the urge to kiss a boy. Her body had yearned to touch and be touched.
Her lips quirked as she thought back on that dream. She’d acted on impulse then. She’d reached up and pulled him down to her, pursing her lips onto his. He’d yanked away looking surprised, but she still remembered the way she’d tingled at the touch of his lips on hers.
She rarely saw him in her dreams for several years after that. He would appear as a passerby or random face in a crowd, but never played a starring role. Not until her parents died several years after she completed college did he become a reoccurring feature in her dreams again.
“As much as I love this little jaunt down memory lane, it’s time to make a decision.”
His voice had lost its calm tone and held a definite edge of irritation.
“I’ll make this easier for you. You’re not unconscious, you’re not crazy. So that leaves only one option.”
“Don’t say it,” she said.
“You’re fucked, love, and not in a good way.”
She groaned.
Of course she was.
BUY LINKS:
Amazon (US): http://www.amazon.com/Wynters-Modern-Fairy-Wynter-Tales-ebook/dp/B00HGI7MSM
Amazon (UK): http://www.amazon.co.uk/Wynters-Modern-Fairy-Wynter-Tales-ebook/dp/B00HGI7MSM
Amazon (CA): http://www.amazon.ca/Wynters-Modern-Fairy-Wynter-Tales-ebook/dp/B00HGI7MSM

New comments are not allowed.