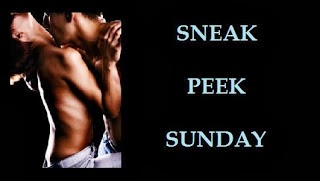 Welcome to the next installment of Dark Passion Rising. The first book in the Dark Breed Enforcers series.
Marcus is have a hell of a time forgetting the fiery metro cop Tambra Ellis, but needing to feed he finds his way to his old friend Mari who runs a bar called The Asp for dark breeds who may need a little blood and whatever else a vampire may desire. But this night he may have gotten much more than he bargained for. ﻿ 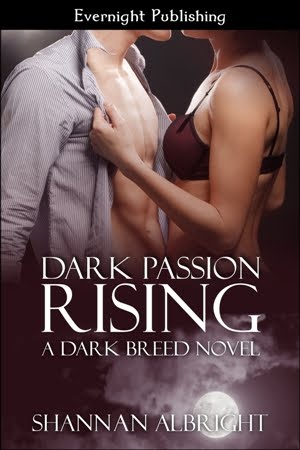 
She hesitantly nodded, removing her hand from him and again exposing her neck. Pulling her wrist toward him, he struck quickly, his long canines punching into her vein. She moaned in pleasure, squirming closer to his broad chest. Her blood filled his mouth, spilling down his throat and sending power through his blood stream. Taking deep pulls, he sated his hunger then lapped at her wounds to seal the deep punctures on her wrist before releasing her. He resisted the urge to fling her away from him. He rose, unable to stand the feel of her against him for another second, and sent her tumbling back against the pillows. Confusion clouded her pretty face as she looked up at him.


“Thank you for your generosity. That is all I require,” Marcus mumbled, placing a few folded bills on the dresser before turning and heading out of the room. He didn’t stop until he was once again outside in the oppressive heat, the night shadows wrapping tightly around him, soothing his panic.  Never in his long years of life had he been repelled by the nearness of a beautiful woman. That could only mean…no. He would not even think it. Fate could not be so cruel as to give him a Consort he could never have. Tambra belonged to another and that was the end of it.


A movement out of the corner of his eye drew his attention in time to see a figure duck between a house and vacant lot. Curiosity made him move forward until he stood looking down the long walkway between the house and the lot. At the end of the walkway, six figures moved out of the shadows to face him. He saw two vampires among the weres as they circled around him.


Ferals, he thought with disgust. Crouching low, he prepared for battle, knowing he was outnumbered, which was how he liked it. His lips twisted into a cold smile as he nodded at one particularly large Were.


“Time to dance with the Devil,” Marcus said softly as he pulled one of his daggers free of its sheath.


There was no more time for talk as the Weres attacked with a flash of teeth and claws.


Click here to see all the snippets offered today.
Posted by Rene Broux at 12:00 AM