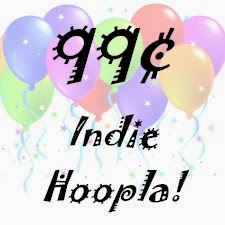 The Christmas Anthology Happy Holidays from Crescent Moon Lodge is still available through Kindle and Smashwords for only 99 cents! 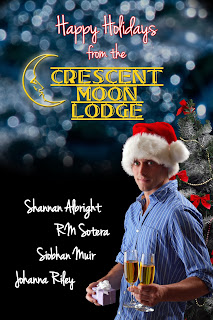 At the Crescent Moon Lodge, anything is possible and Christmas wishes come in the most unusual packages.
When four friends win a trip to Mount Charleston, NV for Christmas, they are unprepared for what awaits. At Crescent Moon Lodge, your deepest wish comes true, whether you’re prepared for it our not.
A Howling Yuletide –By Shannan Albright
Fleur Delecourt knew her Christmas holiday was doomed from the start. Not only did she hate the cold and snow, but also she found herself saddled with a ski instructor, courtesy of a friend’s twisted sense of humor.
Werewolf Rory Furr left Scotland to find a life and pack of his own. What he was not prepared for was finding his mate in the form of a petite redhead who tests both his self-control and patience.

Christmas I.C.E. Magic – For Lily Sinclair, Christmas means sorrow and loss since the death of her twin brother. The magic is gone and she only wants to see her brother one more time. As an Ice Demon Zachary Snow is used to rescuing people in winter, but he’d never rescued anyone like Lily. Now he must convince her the magic she wants is in life itself.

Executive chef vampire Michael Stake loves his job at the Lunar Eclipse Restaurant. Although food critics do not visit often, he welcomes world-renown critic Penelope Rothchild to his establishment. That’s when all hell breaks loose.

World-renown food critic Penelope Rothchild looks forward to her new assignment in Las Vegas. Christmas in the West, what could possibly go wrong? Everything. But it’s all in the name of the perfect meal.

Boo Christmas – By Johanna Riley
Boo Christmas – All Elvira "Elle" Grant wanted for Christmas was to get out from under her famous paranormal investigator parents' shadow. But being a medium she's always haunted by their profession. Thanks to a contest win, she gets the chance to do her own paranormal investigating during Christmas at the beautiful Crescent Moon Lodge near Las Vegas, Nevada. With hunky (albeit dead!) Casper Van Beau’s help. Can Elle get over her own insecurities long enough to open up to the possibilities of eternal love?